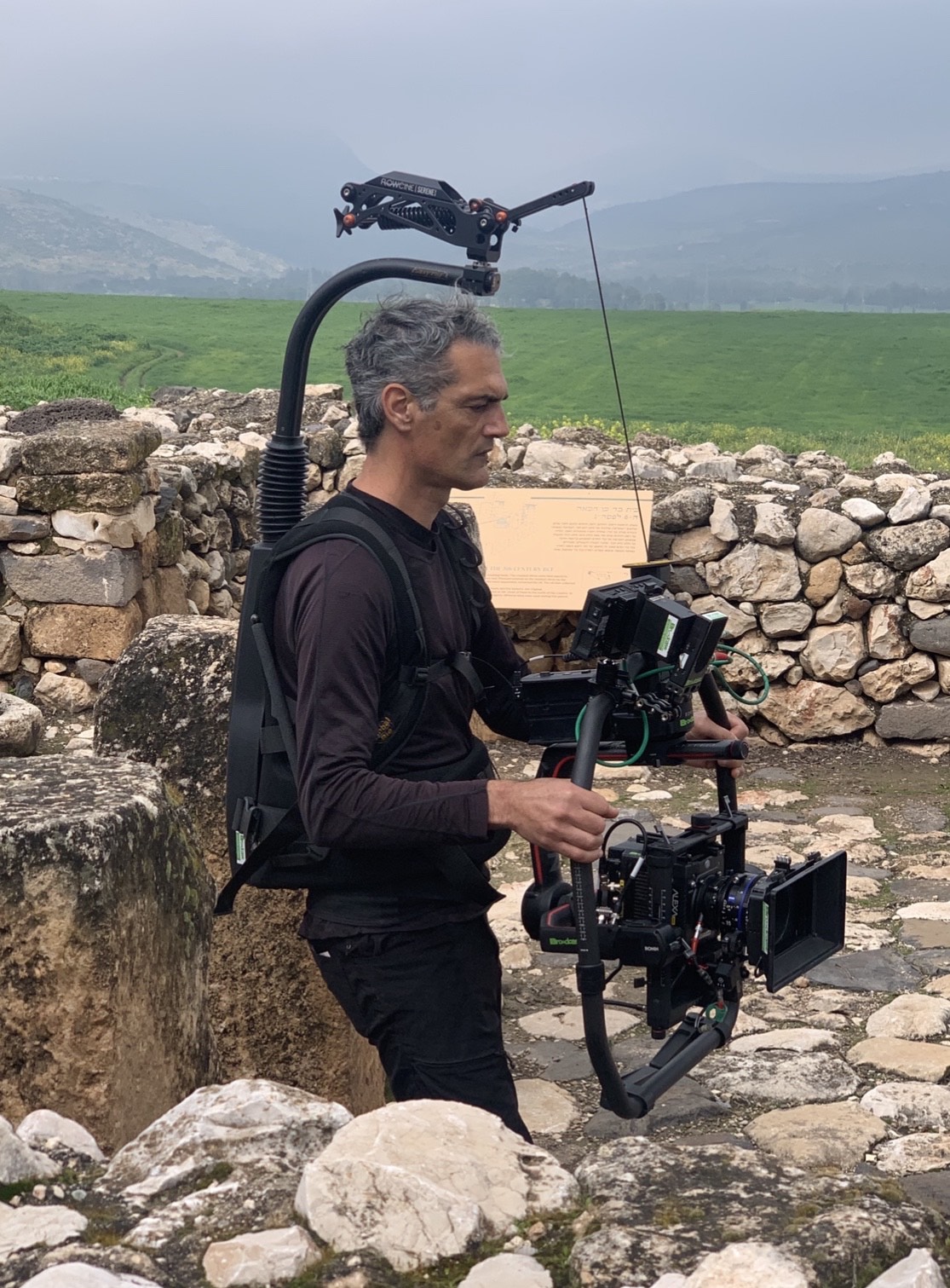 Remains from the First Temple period were discovered during excavations at the Temple Mount at the end of 2007. During an archaeological inspection carried out by Jerusalem archaeologist Yuval Baruch, an area containing important remains was discovered opposite the southeastern corner of the raised platform that surrounds the Dome of the Rock. Among the finds were pieces of a table and animal bones that are estimated to date from the eighth – sixth centuries BCE.

The finds were inspected by Yuval Baruch from the Israel Antiquities Authority, Prof. Ronnie Reich from Haifa University, Prof. Israel Finkelstein from Tel Aviv University, and Prof. Sy Gitin, the head of the Albright Institute. These experts concluded that based on the nature and the location of the finds, they can be an important archaeological tool for recreating and understanding the boundaries of the Temple Mount during the First Temple Period.

Among the finds collected were pieces of ceramic plates; fragments of bowl rims, bases and body sherds; the base of a juglet used for the ladling of oil; the handle of a small juglet and the rim of a storage jar. The bowl sherds were decorated with wheel burnishing lines characteristic of the First Temple Period.

The Israel Antiquities Authority will hold a seminar in order to discuss the finds and the archaeological information revealed by the discovery.

According to a new study published by Professor Joseph Patrich, he has located the exact location of the Second Jewish Temple. According to Patrich, professor of archaeology at the Hebrew University, certain archaeological finds that were ignored until now indicate precisely where the Temple stood. Patrich claims that a large cistern found adjacent to the southeastern corner of the Temple Mount indicates the exact location of the Temple.

Based on the findings of the research, the Dome of the Rock, built in the seventh century, is outside of the boundaries of the Second Temple. The rock is seen by Jews as the site of the binding of Isaac, which is a later tradition. Moslems believe it is the site where Muhammad ascended to heaven.

The meticulously designed water cistern is 15 meters deep, 4.5 meters wide and 54 meters long. Based on Patrich’s interpretations of passages relating to the daily Temple service from the Mishna (the Rabbinic Oral Tradition compiled in the 3rd century C.E.), and the cistern at hand, he concludes that the Temple actually stood more to the southeast, than what was believed until now.

We were fortunate to a have few moments to talk with Professor Patrich. He began by dismissing claims that his work is political in any way:

“This research is not connected to what is happening at the Mugrabi gate. The study is on the location of the temple within the Temple Mount. It is a scholarly study without any political or ideological motivations which I have been engaged in for the past year. ”

On the significance of the study, he said: “For the first time we have an opportunity to locate where the temple stood. We now have a huge, large, archaeological find that locates its position.”

After more than thirty years of searching, in May of 2007, Professor Ehud Netzer finally uncovered the grave of King Herod at the Herodium archeological site southeast of Jerusalem. Together with archeologists Yaakov Kalman and Roi Porath, and in conjunction with the Hebrew University of Jerusalem Institute of Archaeology, the excavations that began in 1972, recently uncovered a sarcophagus (stone coffin) and mausoleum (large stately tomb) on the northeastern slope of Mount Herodium.

The magnitude of the discovery lies in the personality of the king buried at the site. King Herod was a central figure in Jewish history and in the history of the Holy Land. He ruled over Judea from 37 to 4 BCE and left a mark on the area with his lavish and expansive building projects. Herod reconstructed the second temple and expanded the Temple Mount, he re-established the cities of Shomron and Caesarea, built the Masada fortress, and he built the Herodium.

2011 years ago King Herod was buried at the Herodium during an extravagant funeral that the king himself planned. Professor Netzer explains that Herod prepared the site over several years and he decided where the funeral would take place and where he would be buried.

Professor Netzer claims that the grave uncovered is, without a doubt, Herod’s grave. Further support of this claim comes from historian Josephus Flavius who wrote a great deal about King Herod. In his writings, which Netzer used as a guide throughout his quest, he states that Herod was buried at the Herodium and describes his burial in great detail.

Previously it was believed that Herod was buried in the tower on top of the mountain. On the peak of the mountain, there is an elaborate building made of Gazit stone, whose length is 130 meters and width is 60 meters. There is a 350-meter paved road leading up to the tower, which scholars claim was paved especially for the king’s funeral.

When no sign of the burial place itself was found within the building, the expedition started to search for it on the slope of the hill. There seems to be no doubt that the initial intention of the king was to be buried in the estate and only later in his life did he change his mind and asked to be buried at the site that was uncovered of late.

After digging in various locations over many years, archeologists uncovered a two-and-a-half-meter-long sarcophagus made from Jerusalem stone, which is decorated with rosettes. The sarcophagus had a triangular cover, which was decorated on its sides. The sarcophagus itself, however, was almost totally destroyed in ancient times.

King Herod had many enemies, and Professor Netzer believes that between the years 66 and 72 AD, during the first Jewish revolt against the Romans, Jewish rebels destroyed his grave. The rebels were known for their hatred of Herod and all that he stood for, as a “puppet ruler” for the Romans.

What remains today is an elaborate stone foundation, a large square 10 X 10 meters. At the site, they also found a podium – a complete structure, which was commonly found in temples and graves. Professor Netzer points out that Herod’s grave was looted and taken apart in the first century AD, therefore they did not find any bones at the site.

King Herod’s Thoroughfare Discovered in the City of David

The road is believed to be more than 6 football fields in length and is a surprising discovery for archaeologists who previously thought that the central road from the second temple period was in a different location.

According to archeologists Professor Ronny Reich of the University of Haifa and Eli Shukrun of the Hebrew University, the road that was found is wider than previous finds and is flanked by what is believed to be stored, where vendors sold their goods to pilgrims visiting the temple.

A local lifeguard alerted the Israel Antiquities Authority, after finding an iron anchor on the seabed near the northern city of Netanya. The Marine Unit of the Antiquities Authority examined the area and found large stone anchors from the late Middle Bronze Age (4,000 years ago) and anchors from the Byzantine period (5th-7th century CE). The finds are significant because they indicate, for the first time, that this area was used for anchorage during antiquity.

Next to the Holy Land Hotel in Jerusalem, on the site where a model of the Second Temple once stood, a 4,000-year-old burial plot was discovered. The cemetery covers an area of over two dunams and was used for many years. Evidence indicates that it was mostly in use during the Bronze Age (specifically between 2200-2000 BCE and 1700-1600 BCE).

Various artifacts were found at the burial site, including amulets, weapons, tools, jewelry, and pottery. Human and animal bones were also found. Experts explain that the animals were probably part of an ancient practice referred to as “food for the dead.” These discoveries indicate that the rural region near Canaanite Jerusalem was greater than previously believed.

Noha Sa’id-Aga, an archaeologist and inspector with the Antiquities Authority, uncovered a large concentration of stone tools that were used hundreds of thousands of years ago by prehistoric man. In the wake of the discovery, an archaeological excavation was conducted there for more than a week during which hundreds of tools have collected that date to the Middle Paleolithic Age (200,000 – 50,000 BP).

The excavation directors, archaeologists Omri Barzilai and Michal Birkenfeld, report that the reason for the ancient settlement there was probably because of its proximity to flint outcrops from which man produced his tools. “It is reasonable to assume that in this period man existed by hunting animals and gathering wild plants and did not permanently occupy one site; rather he wandered from place to place, in search of important resources such as water and food”, the excavation directors said.

The discovery of such an ancient site in Jerusalem is particularly exciting for the excavators because even though the city is rich in antiquities from different periods, they only know of two other sites that are ascribed to the Paleolithic period: one on Emek Refaim Street and the other in the vicinity of Mount Scopus. The Antiquities Authority reports that the discovery of the site at Ramat Rachel joins these two and proves that the Jerusalem region was attractive to man, not only from the Biblical period onward but during prehistoric periods as well.

During the second Lebanon War, in the course of the construction of a new neighborhood next to the settlement of Allone Abba, inspectors of the Antiquities Authority were surprised to discover a beautiful olive press installed inside of a rock-hewn cave. The olive press was used more than 2,000 years ago for the industrial production of olive oil. A stone seal with a drawing of a bird and an olive branch was discovered on the floor of the cave.

The finds from the olive oil plant indicate that it was first used in the Hellenistic period (4th-1st centuries BCE) and continued to operate in the Early Roman period (1st century CE). Bone spoons used for scooping up the olive paste from the basin and a stone seal engraved with a bird and an olive branch, whose purpose has yet to be ascertained, were found on the floor of the cave.

The excavations began prior to the war and were recently completed. Due to the beauty and importance of the site the Antiquities Authority recommends preserving it as an educational and cultural site.