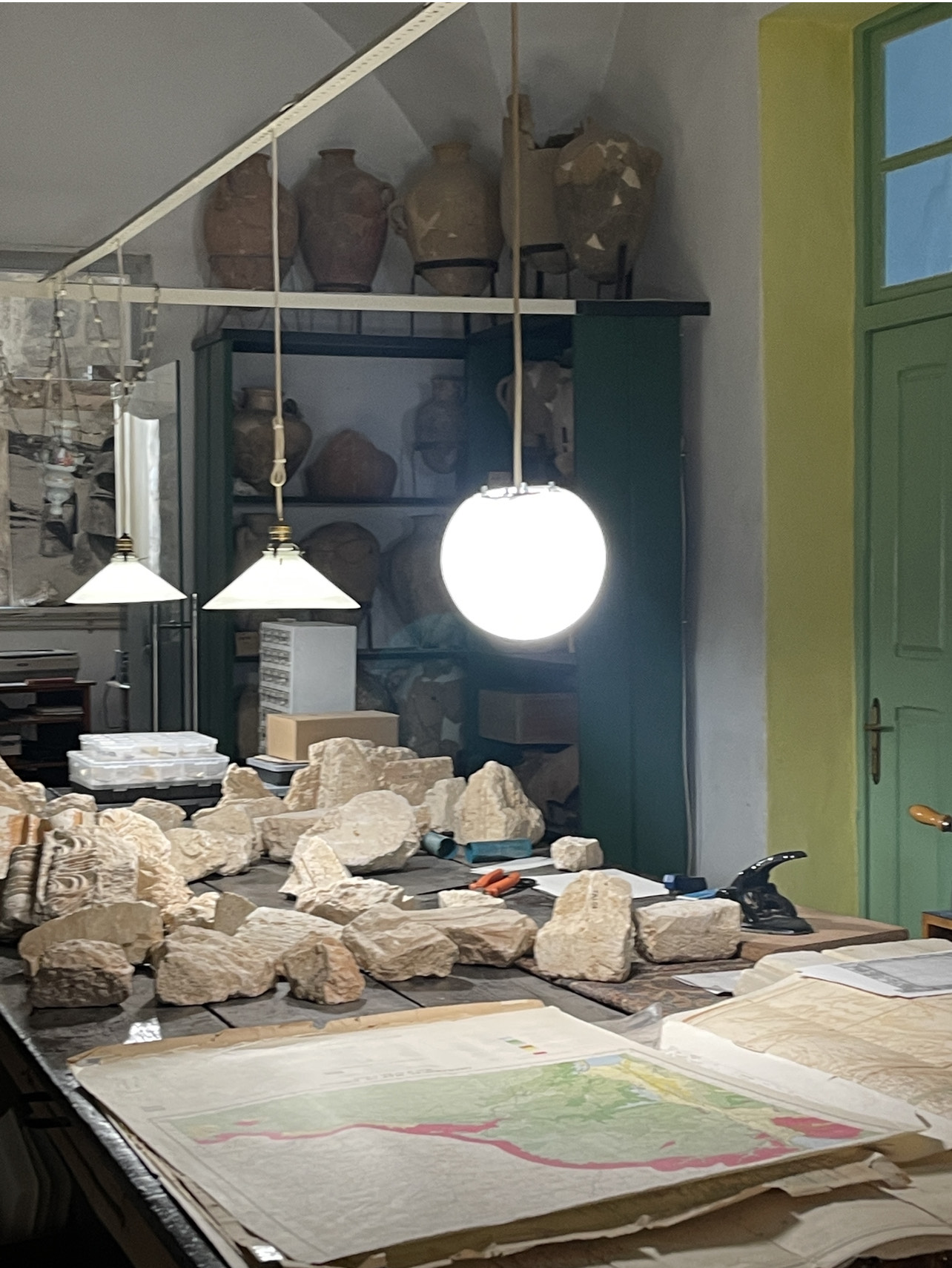 Biblical Productions are the number one expert at filming archeology sites in Israel. With years of experience and many satisfied clients around the world, we are your first choice for production services in Israel.

We love archeology! We keep track of every new development, revelation and excavation in Israel. Over time we have developed a great working relationship with leading archeologists in Israel. We can give you input into your production and suggest where to film and who to interview.

Biblical Productions Producer, Sharon Schaveet, was recently invited to see a new excavation in Jerusalem. “The Byzantine period has always fascinated me. Many major Christian sites such as the Holy Sepulcher and the Churches of Nativity were built during this era. To see a street from this period unearthed for the first time in centuries, and that was described in the Mavda Map, is incredible and unique.”

Here is an article by the Israel Antiquities Authority on the new excavation:

Archaeological Excavation in the Heart of the Old City Confirms a Description on an Ancient Map: For the First Time the Main Road of Jerusalem, from 1,500 Years Ago, is Exposed.

Madaba Map – an ancient mosaic map in a church in Jordan from the sixth-seventh century CE, which depicted the Land of Israel in the Byzantine period, explicitly showed: the entrance to Jerusalem from the west was via a very large gate that led to a single, central thoroughfare on that side of the city.

Various evidence of the important buildings in Jerusalem that appear on the map has been uncovered over the years or has survived to this day – for example, the Church of the Holy Sepulcher – but the large bustling street from the period when Jerusalem became a Christian city has not been discovered until now. The reason for this is that no archaeological excavations took place in the region due to the inconvenience it would cause in stopping traffic in such a busy central location.

Now, because of the need for a thorough treatment of the infrastructure in the region, the Jerusalem Development Authority has initiated rehabilitation work and is renewing the infrastructure in this area in general, and next to the entrance to David Street (known to tourists as the stepped-street with the shops) in particular. Thus it is possible for both archaeologists and the public to catch a rare glimpse of what is going on beneath the flagstone pavement that is so familiar to us all.

From his knowledge of the Madaba Map, Dr. Ofer Sion, excavation director on behalf of the Israel Antiquities Authority, surmised that the place where the infrastructure will be replaced is where a main road passes that is known from the map. “And indeed, after removing a number of archaeological strata, at a depth of c. 4.5 m below today’s street level, much to our excitement we discovered the large flagstones that paved the street”.

The flagstones, more than a meter long, were found cracked from the burden of centuries. A foundation built of stone was unearthed alongside the street on which a sidewalk and a row of columns, which have not yet been revealed, were founded. According to Dr. Sion, “It is wonderful to see that David Street, which is teeming with so much life today, actually preserved the route of the noisy street from 1,500 years ago”.

During the Middle Ages, a very large building that faced the street was constructed on the stone foundation of the Byzantine period. In a later phase, during the Mamluk period (thirteenth-fourteenth centuries CE) elongated rooms were built inside this structure, some of which are vaulted; these were apparently used as shops and storerooms.

It turns out that beneath this building – right below the street that runs between David’s Citadel and David Street and leads to the Armenian Quarter – is an enormous cistern, 8 x 12 meters and 5 meters deep, which supplied water to its occupants.

The artifacts that were discovered in the excavations include an abundance of pottery vessels and coins and five small square bronze weights that the shopkeepers used for weighing precious metals.