Filming in the South of the Temple Mount 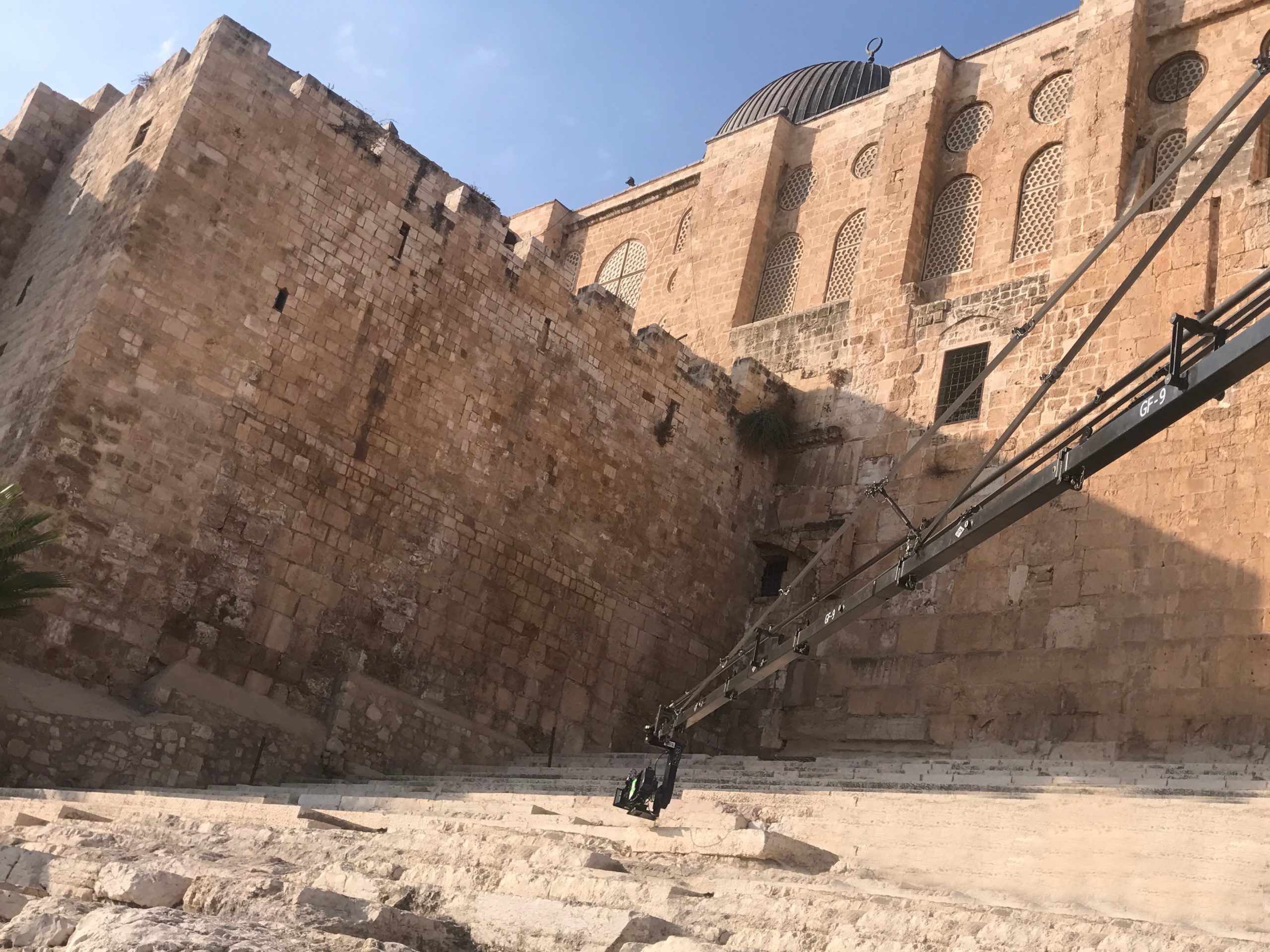 Near the Western Wall and next to Dung Gate lay the South Wall of the Temple Mount.

At the foot of the Southern Wall is the area known as the Ophel. Here your crew can climb up the original steps of the Hulda Gates that led to the Temple. This area is the location of the Jerusalem Archaeological Park where the exciting discoveries of the Jerusalem of the Second Temple Period are revealed.

It is a very impressive place from which to film the ruins and from here you can also get excellent shots of the Mount of Olives.

The excavations were carried out in two areas: one next to the Eastern Hulda Gate (the Triple Gate) and the other near the southeast corner of the Temple Mount. The excavations were mainly continuations of those begun by the archaeological expedition directed by Benjamin Mazar and Meir Ben Dov.

The remains of four architectural phases were uncovered in the excavation. The most important discoveries are the gate and the remains of the staircase ascending to it from the south. The bottom stone of the gate’s western jamb, which has a carved profile, and part of the entrance thresh-hold were preserved from the original gate. Four of the paving stones from the area in front of the gate were also exposed.

Hewn Cavities South of the Triple Gate: Two large cavities entirely hewn in the bedrock were exposed south of the Triple Gate. These cavities served to support the stairs that went up to the gate from the south. After the construction of the large buildings at the foot of the Temple Mount during the Umayyad Period, the hewn cavities were no longer used and the walls of the Umayyad edifice designated Building were constructed.

The work entailed dismantling a section of the building’s eastern wall, which was constructed across the width of the hewn cavities. It turns out that earlier construction elements were incorporated into its construction.

These consist mainly of Herodian stones that were collected from the stone collapse of the Herodian compound. Among them were column drums and decorated building components. These building elements became part of the large number of decorated stones that were recovered during the Mazar excavations. In our opinion, this collection of stones belongs to the Royal Stables.

A reconstructed monumental street, which almost certainly had steps, descended to the east along the southern wall of the Temple Mount, from the triple Hulda Gate almost until the southeast corner of the Temple Mount. Its foundations were first discovered by the Mazar expedition.

A series of dark arch-shaped marks on the southern wall of the Temple Mount attest to a row of vaults that extended eastward; it terminated 10 m before the southeast corner of the Temple Mount. Four squares in this spot were excavated in order to learn the nature of the last vaults in the series. The remains of the two eastern vaults were exposed here.

Numerous potsherds dating mainly to the Second Temple Period were also found in the fill as well as remains from the time of the First Temple; even a few remains from the Early Bronze Age were found. In addition, bronze coins that date to the end of the Second Temple period and a rich assemblage of chalk vessels were discovered. It should be mentioned that a relatively large amount of chipped black bitumen debitage was also found in the fill. This stone, which comes from the Judean Desert region, was used in making vessels, tables, floor inlays, etc.

Other attractions at the site