Filming the ancient tunnels of Jerusalem 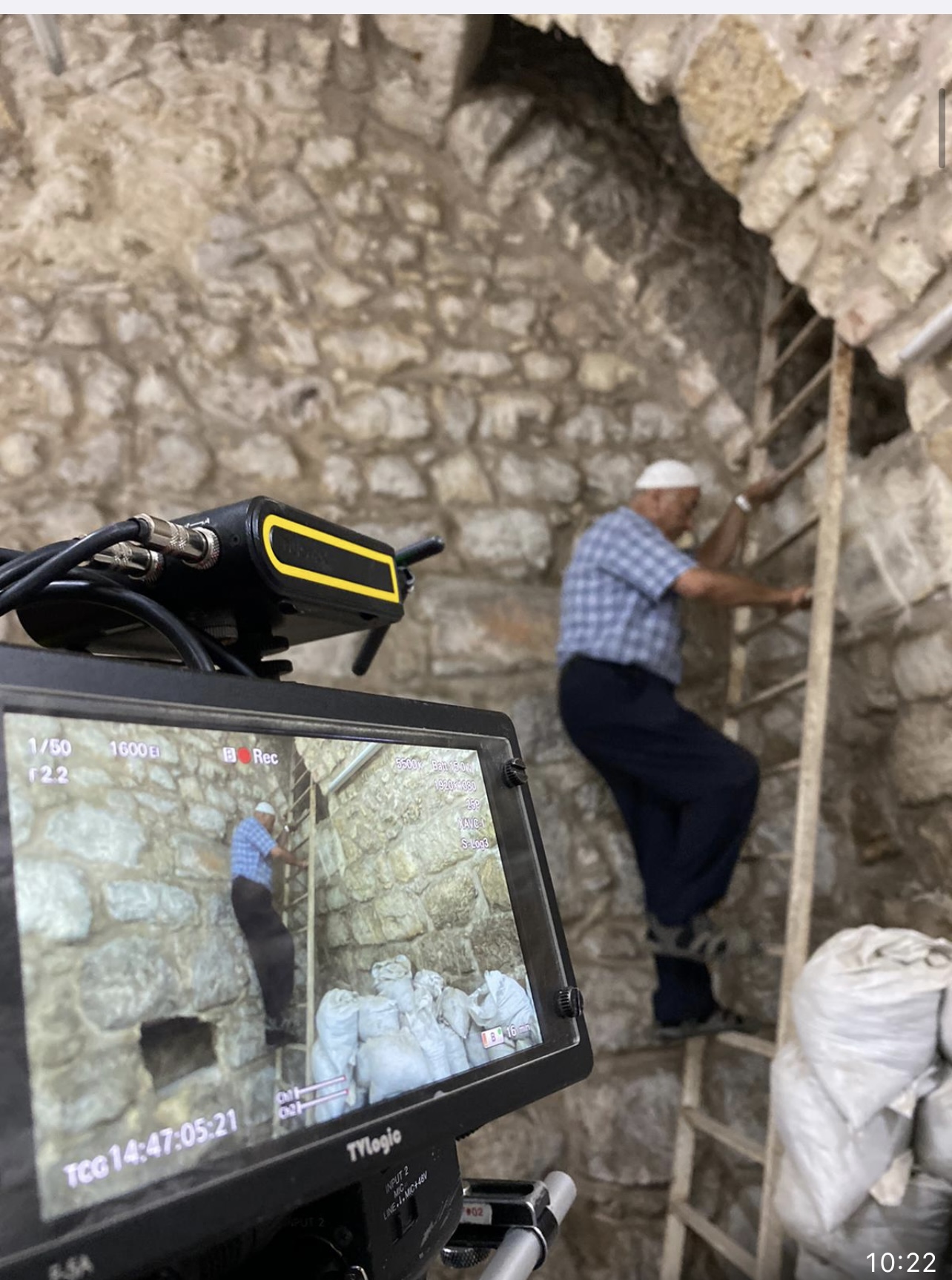 Under the Old City of Jerusalem lies a labyrinth of tunnels. Built-in the biblical era and part and parcel of episodes recorded in ancient biblical texts, they remained undiscovered for centuries.

During the last century, archaeologists uncovered their existence and a plethora of theories abounded as to their origin and usage. As consecutive findings were celebrated, scholars developed a range of conflicting theories and opinions. It seemed that, despite modern advancements and well-informed scholars, that Jerusalem still guarded her secrets close to her chest.

The History of Hezekiah’s Tunnel

Possibly the most famous Old City tunnel of all, one replete with more mysteries than most of the others, is the one leading off from the Gihon spring.

In 701 BCE, King Hezekiah prepared the tunnel as a defense against an invading force, led by the Assyrian General Sennacherib, who was laying siege to the city. In the Book of Chronicles, we read how Hezekiah stopped up the single source of water in the area, the Gihon spring. King Hezekiah’s goal was twofold. Not only would he cut off the water supply to the invading army, but he could also provide an abundance of water for the residents of Jerusalem. In the end, Hezekiah was victorious. Jerusalem withstood the vicious siege and defeated Sennacherib, leaving him with his Assyrian army in disgrace.

Despite the discovery of Hezekiah’s tunnel, their enigma remained intact, as the bible at no point related how the tunnel was built or how Hezekiah managed to complete it with such speed.

In the late 1800s, amid much excitement, archaeologists made an exciting find. The discovery of an ancient inscription at the tunnel’s exit provided a glimpse into the past and an answer to some of the remaining questions.

Written in ancient Hebrew, the inscription states, ”the tunneling was completed … while the hewers wielded the ax, each man toward his fellow … there was heard a man’s voice calling to his fellow … the hewers hacked each toward the other, ax against ax.” In short, the completion process was guided by voice orientation. Theories vary as to how the ancients dug such a sophisticated tunnel. Some say the cutters followed a major fissure in the hard stone. But the truth is yet to emerge.

Often, archaeology throws up more questions than answers. It can give us a wonderful insight into the day-to-day lives of times past but in terms of responding to unanswered questions, there always seem to be different expert opinions offering a conflicting interpretation of the findings.

The most exciting element of this story is that, before our eyes, stands clear corroboration of an episode related to the bible. Uniquely, a biblical event has been very clearly substantiated by two-thousand-year-old archaeological proof.

The caves of Jerusalem provide plenty of interest and intrigue. They expose elements of a world hidden in the depths of time. Echoes of dramatic events still seem to resonate in the walls and their existence provides a physical link between our present and our past.

Archaeologists and the public alike are excited by these ancient discoveries although many feel that the Old City of Jerusalem still preserves many secrets, as yet untold.