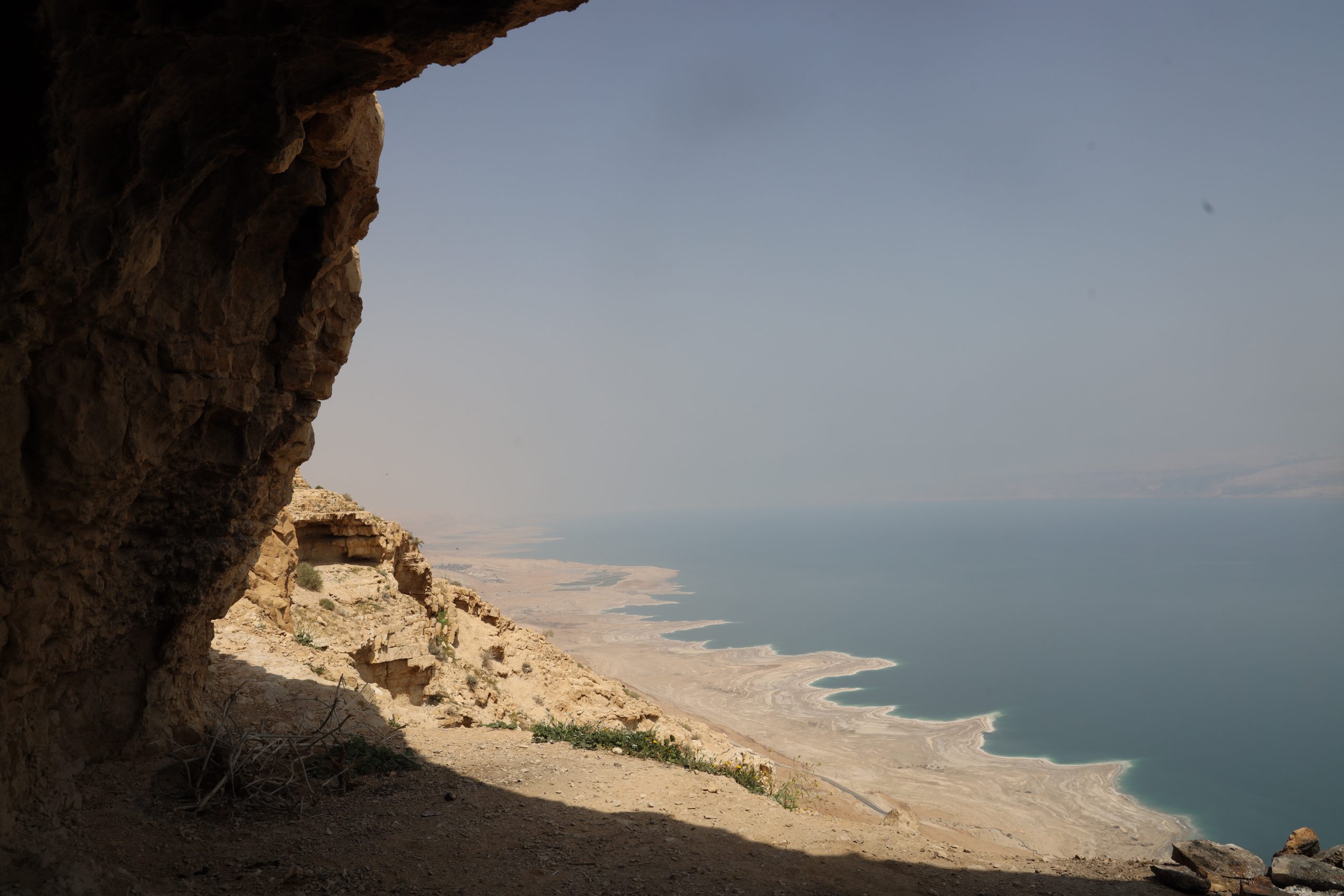 The wilderness of Judea, mile after mile of perched rock and barren hillside, was home to Beduin shepherds and a connecting pathway for camel caravans.

For thousands of years, the Judean desert has held secrets buried in its sands. Throughout the millennia, this timeless desert of the Holy Land saw little peace, as one civilization after another battled for the supremacy of the region.

Here, at the lowest point on earth near the Dead Sea, in the intense heat of the barren Judean desert, David fled from King Saul seeking refuge in the mountain caves, John the Baptist lived on locusts and wild honey, and Jesus rejected the temptations of the Devil. And here in early spring in 1947, a solitary Beduin shepherd stumbled into what is considered to be the greatest archeological find of the century – the Dead Sea Scrolls.

Blind to the value of the rolls of old and rotting leather, the shepherd accompanied by a friend, who knew an antique dealer in Bethlehem, sold the scrolls for the low price of 7 Palestinian pounds. The dealer realized their value and sent the Beduins back to the desert to look for more scrolls.

On November 23rd, 1947, Elazar Sukenik, Professor of Archaeology at the Hebrew University in Jerusalem received an urgent phone call from a friend, an Armenian antique dealer from the Old City; they arranged to meet the next morning for the dangerous bus trip to Bethlehem. By afternoon, three scrolls were wrapped inconspicuously in a newspaper on Sukenik’s lap.

During the months that followed, Sukenik and a small team at the Hebrew University began the delicate task of unrolling scrolls stuck together by 20 centuries of decomposition. Slowly their identity began to appear – the Book of Isaiah, a 24 feet long scroll, an almost complete manuscript, written only 50 years after Isaiah spoke these words.

This was the oldest biblical text ever found and it is almost identical to the Bible we have today. Sukenik marveled at what he had read and his thought turned to the mysterious Jewish sect mentioned by writers of antiquity – the Essenes.

Meanwhile, scholars at the American School of Oriental Research in East Jerusalem (ASOR) opened and photographed the scrolls. A leading US Biblical scholar at Johns Hopkins University, Professor William F. Albright, d that the scrolls were the work of the Essenes, a mysterious sect, and without hesitation announced that this was the most important archeological find of the century.

News of the discovery sent Beduins, together with archeologists, racing to excavate the area. In cave 4 alone, not far from the original cave, dug out of a sheer face of an escarpment, Beduins found 15,000 fragments from about 500 scrolls.

During the spring of 1953, the archeologist, Father De Vaux, Director of the Ecole Biblique in East Jerusalem, came to carry out the first extended excavation – a dig that would occupy him and his team for the next four springs and lead him to a view of an Essene life that would be argued about by scholars for decades.

The two-month dig unearthed the remains of considerable construction and it soon became clear that this was a well-established settlement. The complex consisted of over 30 buildings of rough stone blocks and earthen mortar.

The deciphering of thousands of scroll fragments is near completion yet the mystery still remains. Who lived in Qumran and why did they retreat to the harsh desert wilderness? Did they write the scrolls, or was it the library of the Temple that had been hidden from the advancing roman legions? Were they peace-loving scribes in a monastic retreat, or a militant order active in the resistance?

Excavations at the site of Qumran and the nearby caves are continuing in the hope that further scrolls still remain to be found. The similarities of the Qumran sect to early Christian communities sparked scholars’ imaginations all over the world and led to an outflow of theories. Some scholars believed that John the Baptist had been an Essene, others thought that Jesus had been a member of the sect and that perhaps here were the very origins of Christianity.