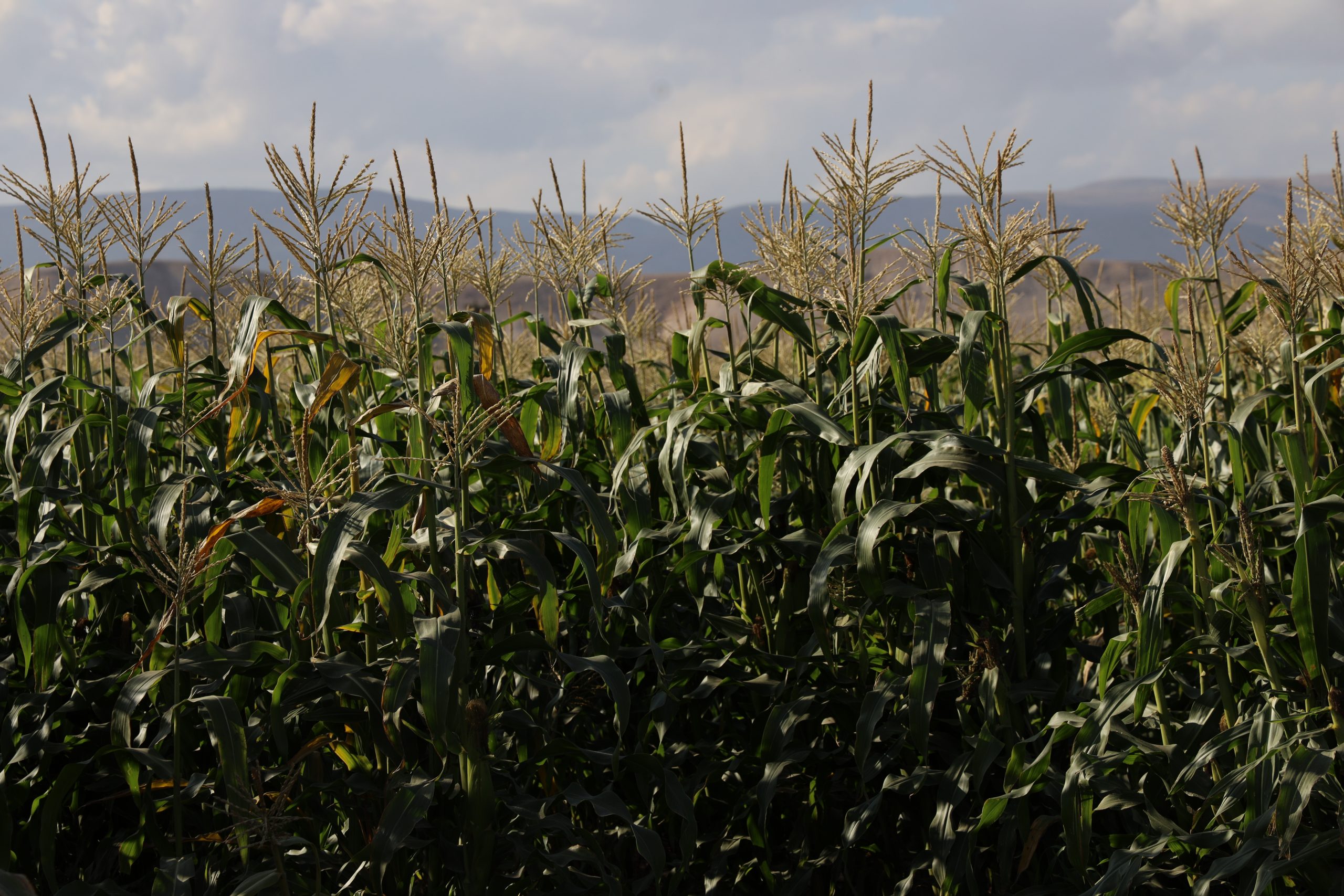 The pioneers who built the state of Israel are a gold mine of human interest stories for any filmmaker. They lived through historic times and many of their experiences remain untold.

Sharon Schaveet, producer and expert on production in Israel reports, “I found this beautiful story whilst I was researching the early days of Zionism. I was looking through archives for many hours, finding out about the changing lifestyles in Israel’s formative years and more recent history.”

“I share with you this fascinating story about a pioneer who settled in the land of Israel; living on a kibbutz, he became a photographer and developed a passion for art.”

Chronicling the Foundations of a Kibbutz

Kibbutz Mishmar Ha-Emek stands at an important crossroads in the history of the State of Israel. Fortunately, the kibbutz’s story is exceptionally documented in a vast collection of photographs, revealing the historical consciousness of its founders.

The founders chronicled their proceedings from the very beginning of the kibbutz when they were still in Poland in 1919. The most prominent photographer among them was Yulek (Yoel) Lotan, an autodidact that taught himself how to take “moving pictures” and develop film. For his photography obsession, Yulek was willing to stray from the strict policies set up by his movement and to fight with his friends; but he always remained faithful to the kibbutz.

Yulek received his first 16mm camera in 1945 from the Jewish National Fund (JNF). In an environment that negated the whole concept of private property, Yulek’s camera was often a source of friction. Over a period of thirty-five years, Yulek filmed hours of footage, short narrative films, and newsreels. Even though he was a gifted photographer, he remained unknown, even among the Israeli film industry guild.

As a photographer, Yulek was the most dedicated historian of his kibbutz. According to Yulek’s memoirs, he once wrote: “I filmed kibbutz life because I was the only one in the kibbutz movement who dealt with this hobby seriously; there was a great demand for pictures from the Keren Kayemet (the Jewish National Fund [JNF] set up to buy and develop the land) and Keren Hayesod (the United Israel Appeal, or foundation fund), and that provided me with an income. Also when I was drafted to the company “Bet” in the Palmach – I was the first to commemorate this with photographs. There, the consciousness of photography was more developed than in the kibbutz… I felt a sense of mission; to immortalize our history – a sense of mission that no one understood back then.”

The eighty-five-year tale of Kibbutz Mishmar Ha-Emek encapsulates the history of the Jewish presence in Israel. Commencing in 1922 the ‘founding fathers’ or pioneers lived an existence that was based on rigid values, morals, solidarity, courage, willingness to sacrifice, and blind faith in a regimented path. As such, any film covering the building of Kibbutz Mishmar Ha-Emek would represent the wider Zionist dream – documenting the foundation of one kibbutz is able to accurately reflect the growth of the whole kibbutz movement.

Kibbutz Mishmar Ha-Emek, founded in 1922, was the first kibbutz established in the northern Jezreel Valley. This new collective of young immigrants fulfilled the Zionist dream – they dried up the swamps and settled the land. The kibbutz started out firmly grounded in the socialist ideology of equality, self-sacrifice, and hard work, with agriculture as the ideal source of livelihood.

The kibbutz believed in co-existence with its Arab neighbors and once a week invited the neighboring Arab children to come and play with the kibbutz children. However, this practice ceased abruptly in 1936 due to the Great Revolt, during which rioting Arabs burned the kibbutz’s crops and supplies.

The kibbutz was known as somewhat of an aristocracy, producing over the years, famous politicians, authors and well-known personalities.

Due to its deep-rooted idealism, the kibbutz movement took drastic steps to create a new society, such as negating the notion of parenthood. Israeli author, Omer Hillel, writes about growing up on the kibbutz, in his memoir ‘T’chelet Ve-kotzim’ he describes a painful encounter with his mother.

“As the first children of the kibbutz, we were not fortunate to have, for each child, a mother and father of our own. For the new man, the pioneer, for the kibbutznik, for a socialist who is building and establishing a new society it was not befitting and agreeable to be a regular bourgeois “dad,” and for his life partner to be simply “mom.” And this is how we, the children, lost mom and dad, and we were left with just their names to hold on to. For me, Shlomit and Benjamin… One day and I am already a man amongst men (and no longer a member of the kibbutz), Shlomit came to visit me, and I sensed that she had something to say to me… She hesitated until she found the nerve and said: “I want you to call me ‘mom’.” Excited and shocked by this request I was silent for a moment, and then I stuttered and said, “Shlomit, now, I think it is too late.”

Such painful stories relay the often difficult personal and emotional sacrifices early kibbutz members had to make to take part in the Zionist socialist ideal society.

The greatest changes to the kibbutz movement came after the Six Day War when volunteers, including many non-Jews, streamed to the collective towns to experience Zionism and changed the demographic make-up of the kibbutzim (plural of kibbutz).

Today, visiting the kibbutz, one is struck by the wealth of the once, uncompromising idealistic place. The kibbutz profits copiously from its high-tech plants and companies. Again, the changes on Kibbutz Mishmar Ha-Emek represent changes in the wider kibbutz community – a broader, less cohesive membership and a move away from agricultural dependence.

The kibbutz meticulously cares for its archives, which consist of metal cabinets filled with boxes that contain the vestiges of members who have passed on. The archives include pictures, letters, and rare documents. The kibbutz archives also contain the relics left by Yulek. Aside from the thousands of photographs, there are letters that he wrote and received, notebooks filled with his clear handwriting, comments on films, original screenplays, and a square rubber stamp engraved with the words: “Photo Yulek Mishmar Ha-Emek.”

In one letter, Yulek wrote: “I got to photography completely by chance; it was never in my plans. After ten years on the kibbutz, I went with my wife Rutka overseas to visit her parents. That’s when I got the idea to purchase a small “box” camera in order to memorialize the places we were to pass through. I approached a friend, a Tel Aviv photographer, and he recommended a camera and also wrote on a piece of paper, instructions on how to use the apparatus. We reached Paris, and I took one roll of film. When I went to pick up the film from the developer, the store owner asked me if I was willing to sell the rights to print one of my pictures – Notre Dame at night – for postcards. This incident encouraged me and I began to look at all the aspects of photography.”

After the War of Independence Yulek tried to continue with his cinematic endeavors but the kibbutz did not approve of these initiatives. He worked very hard to advance a film he was working on, one which recorded the changes of the four seasons, as reflected in the life of the kibbutz. In a letter from September 9th, 1948 to Leo Herman from Keren Hayesod, Yulek writes: “For a year a half I have been working on a documentary film in color, in 16mm, and it is about four seasons of the year, autumn, winter, spring, and summer… a series on Mishmar Ha-Emek… more than half of the material is in my hands (around 2,500 feet)…I am requesting that you notify me when we can meet in the near future.” In Yulek’s memoirs, there are many more such letters – without responses.

In a festive screening of the finished film – before a special session of the Kibbutz Cultural Committee, they announced the establishment of a film production company within the Kibbutz Artzi movement. Zev Havatzelet and Yoel Lotan became the heads of the company. Zev Havatzelet was known for the poetic film he shot about a soldier who went south with the conquerors of Eilat. They called the film company Paamim and started to produce short documentary films. There was great excitement; it was the beginning of Israeli film production, the first Israeli film company since the establishment of the state.

The historic films of Yulek Lotan remained in boxes until two years later when the director Victor Vickham arrived and saw Yulek’s films. He was excited and decided to compile a film from the footage. Thanks to Wickham, Yulek’s raw footage was transformed into a fascinating color film.

“At that time I had in my camera many meters of film and I felt that I was compelled to film, that critical things were taking place here. I remember like it was today, how one member who saw me walking around with a camera said to me in anger, “This is not Hollywood! I was very insulted.”

After the war, the JNF’s priorities changed and they no longer supported Yulek’s films. But Yulek was committed to continuing and sent this script to anyone he thought might be able to help him. “The film is about Mishmar Ha-Emek…It is a documentary film in color. The filming is taking place at Mishmar Ha-Emek. The first chapter includes the four periods of the year (summer, fall, winter and spring) and with that a description of a day in the life of the kibbutz, from sunrise until sunset.”

Yulek Lotan’s life is reflected in his photo albums and films. Utilizing Yulek’s films about Israel, as well as gaining his unique perspective, provides a rare opportunity to present a fascinating story of a group of pioneers – intellectuals, who lived according to the ideological foundations of socialist Zionism.

His historic documentation of the beginnings of the kibbutz movement and the settling by Zionists into their Jewish homeland would make an interesting history documentary or personal profile.

Biblical Productions is a leading company in the field of production services, based in Israel. We cover all areas of film and television production, including documentaries, feature films, commercials, music videos and promotional films.

Biblical Productions guides you during your shoot in Israel – from the pre-production planning to the post-production wrap. We arrange professional crews, fixers, permits, HD equipment rental, interviews, location scouting and more.