Filming The Life and Times of Josephus Flavius 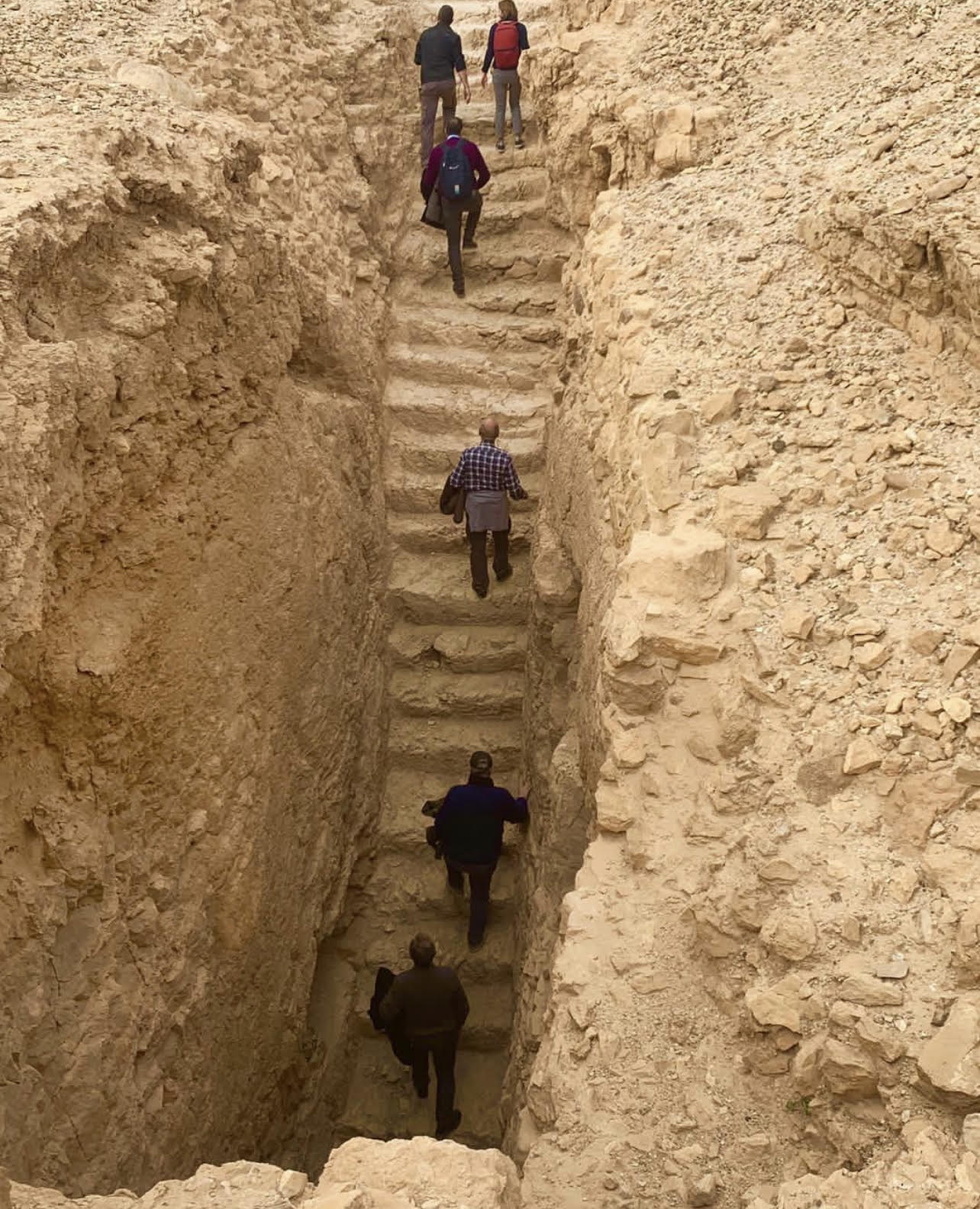 The seven volumes of ‘The Jewish War’, written almost 2000 years ago by Josephus Flavius cover three centuries of history from the conquest of Jerusalem by Antiochus until the fall of Masada in the year 74 CE.

Across its pages march Jewish kings, Roman emperors, generations of soldiers, men and women who have left their footprint in history.

Josephus was born a Jew in the year 38 CE and was named Yosef Ben Matityahu. His family was influential and as a young man he served as a priest in the Temple in Jerusalem. When the Jews revolted against Roman rule Josephus became a leader in the rebellion and fought against the Romans. But as Galilee collapsed he surrendered. The surviving Jewish fighters accused him of selling out their cause. It is a critical moment, but Josephus managed to avoid death at the hands of his own troops and persuaded Emperor Vespasian to take him under his protection

Josephus weaves his fascinating tale of conquest, revolt and political intrigue against the biblical landscapes of the Holy Land, Galilee, Jerusalem and the Judean desert. Yet it is the description of the Jewish rebellion against Rome, the fall of the Second Temple and the final defiant stand by Jewish rebels at Masada which are the most gripping and illuminating.

When Jewish nationalist zealots revolted against Roman rule in the year 66 CE Josephus was appointed commander of Galilee by the moderate Jewish government in Jerusalem. Josephus was thirty years old and while he was intellectually gifted he had no formal military training. He was a diplomat and pragmatic by nature. His appointment by the Jerusalem government clearly reflected the hope that war with Rome could be avoided and that Josephus could be helpful in calming the region and securing a suitable compromise. Nevertheless, Josephus took his role seriously and set about organizing the area for the possibility of confrontation with the might of the Roman army. Galilee and the Golan Heights were the most vulnerable to Roman attack.

In Rome, Emperor Nero was becoming increasingly concerned at reports of the success of the Jewish rebellion in Judea. Determined to crush the revolt, Nero felt that there was only one man capable of carrying out such a task, the great general Vespasian.

The Roman troops advanced on Galilee steadily gaining ground against the Jewish defenders. Towns and villages, fortresses and strongholds fell one by one.

Finally, a decisive battle occurred near the city of Jotapata where Josephus had entrenched himself. The Romans lay siege for six weeks battering away at the city and launching attack after attack until Jotapata fell. It is a key moment in the life of Josephus. The vanquished Jewish commander of Galilee confronts Vespasian, the conquering Roman general. Josephus faced execution, yet he twisted the moment to his benefit. Using all his charm and eloquence he told Vespasian that according to prophecy, the commander is destined for greatness.

Vespasian orders Josephus bound yet spares him his life. Vespasian almost certainly planned to take Josephus to Rome and there execute him to seal his triumph. But when news arrived that Emperor Nero had died, the chances of Vespasian becoming the next Emperor increased dramatically. Josephus was familiar with the prophecy which related that the ruler of the world would come forth from Judea. Who better than Vespasian, thought Josephus? He began to openly link the general’s name with the prophecy and promote him. It was a move calculated to gain favor and secure his freedom. A few months later Vespasian was proclaimed Emperor and the new ruler looked favorably on Josephus. He was released from captivity and given official status as a historian of the campaign.

After the fall of Jotapata, Vespasian moved his troops to Caesaria and from there continued his offensive against the Jewish rebels. Jaffa fell to the Romans after a brief brutal skirmish at sea. In Jerusalem, the news of the collapse of the revolt and the capture of Josephus was received with alarm and mourning. When it emerged that Josephus was alive the feelings of the local populace quickly turned to fury.

Events took a turn for the worse after the city of Tiberias fell and countless Jewish fighters were slain in a bloody clash on the Sea of Galilee. The remaining rebels gathered at the fortress of Gamla on the Golan Heights for what would be the decisive battle of the north. The ancient city of Gamla sat atop a steep hill separated by two ravines

Vespasian lost little time in mounting a strong assault on the mountain stronghold. The Romans brought battering rams and smashed through the town’s defenses. The defenders were gradually driven higher and higher before mounting a fierce counterattack.

The Romans withdrew in panic, shocked and hurting from their heavy losses. It fell to Titus, the son of Vespasian, to lead a fresh attack on Gamla. At the head of two hundred cavalry and foot soldiers, he secretly entered the town without being noticed. When the inhabitants realized what had happened, panic broke out. Many families ran towards the Romans and were cut down.

Although the Jewish fighters inflicted heavy casualties on the Romans, a powerful storm suddenly sprang up blinding the defenders. The Romans seized the opportunity to gain ground and “quickly rounded them up and cut them down.” Gamla had fallen. The revolt in all of Galilee was crushed.

The Roman campaign moved to Judea. Its principal aim was to capture Jerusalem. The city was hopelessly split between those leaders who sought a compromise settlement with Rome and those who believed that resistance was the only route. Titus laid siege to Jerusalem. The conditions for its inhabitants grew worse and worse. Famine, disease and the fear of impending assault caused many to escape or seek refuge in the enemy camp.

Josephus attempted to mediate between the sides but he was treated as a traitor by the Jewish defenders and as a Jewish spy by the Romans. It was only the protection of Titus that prevented him from being murdered.

Finally, the Romans launched their attack on Jerusalem. Bitter hand-to-hand fighting ensued. The Romans advanced on the Temple Mount where the magnificent Jewish Temple stood and within which was the sanctuary of sanctuaries. Many innocent victims were brutally slain. As the Romans gained the upper hand, the beautiful Temple, a source of wonder to all who saw it, was put to the flame. Rome had reasserted its rule. Jerusalem was sacked and its treasures were taken. The last defenders were executed. Titus was hailed as a conquering hero. The revolt was virtually over.

But a small band of zealots was determined to hold out to the last man. The final struggle would take place in the Judean desert on the edge of the Dead Sea. There a group of fighters and their families had taken refuge inside the lofty fortress of Masada high atop a sun-scorched mountain peak. It appeared impregnable.

Masada was the last Jewish site of resistance. The Roman general who would confront it was Flavius Silva, the governor of Judea. Leading the Jewish rebels was Eleazer Ben Yair. He and his followers had sworn themselves never to bow to Rome. They were proud Jews, fanatical in their faith, who led a life marked by piety and an all-believing trust in God.

Silva, seeing that a frontal attack on Masada would be suicidal, began to construct an enormous ramp from which he would be able to storm the fortress. The defenders watched the work in progress knowing that every day the inevitable attack grew closer. The familiar terrifying war machinery of battering rams and siege towers was moved into position and assaulted after the assault was launched. The outer walls were torched. Eleazer realized that the final onslaught was approaching and that further defiance would be fruitless. Knowing what awaited them, he assembled his followers, men, women and children. In an emotional address, he called on all of them to slay one the other, so as to avoid the ignominy of death or slavery at the hands of the enemy.

At daybreak, the Romans entered Masada. Two women who had hidden throughout the ordeal ran towards them and told of what had happened. They led the soldiers to the mound of bodies, a tribute to the final, terrible act of resistance. The last desperate pocket of revolt had been erased.

After witnessing the end of the revolt Josephus left the region and went to live in Rome. He became a Roman citizen and was granted an imperial pension. He received an apartment in the palace of the emperor. He would never lay eyes on Jerusalem, Judea or Galilee again. He was highly regarded by the imperial family but was hated by the Jews everywhere.

In Rome, Josephus began the massive task of writing the history of the Jewish War. While portions of the writing may be biased and Josephus’s personal role in the events slanted to his favor, his writing is an enduring testament to the intellect, precision and descriptive powers of a formidable historian. “The Jewish War” is an awesome riveting account of the desperate attempt to create an independent Jewish nation almost two thousand years ago. The revolt against Rome failed but the heroism, faith and courage of those who tried have remained immortal. It is ironic that Josephus, despised as a Jewish traitor, is the man whose writing became the sole crucial source of that bloody period of ancient Jewish history.

It is not known exactly when Josephus died or where he was buried. There are no statues or illustrations. All that remains are his words, a monument to a passionate and troubled life, stained by war and betrayal.