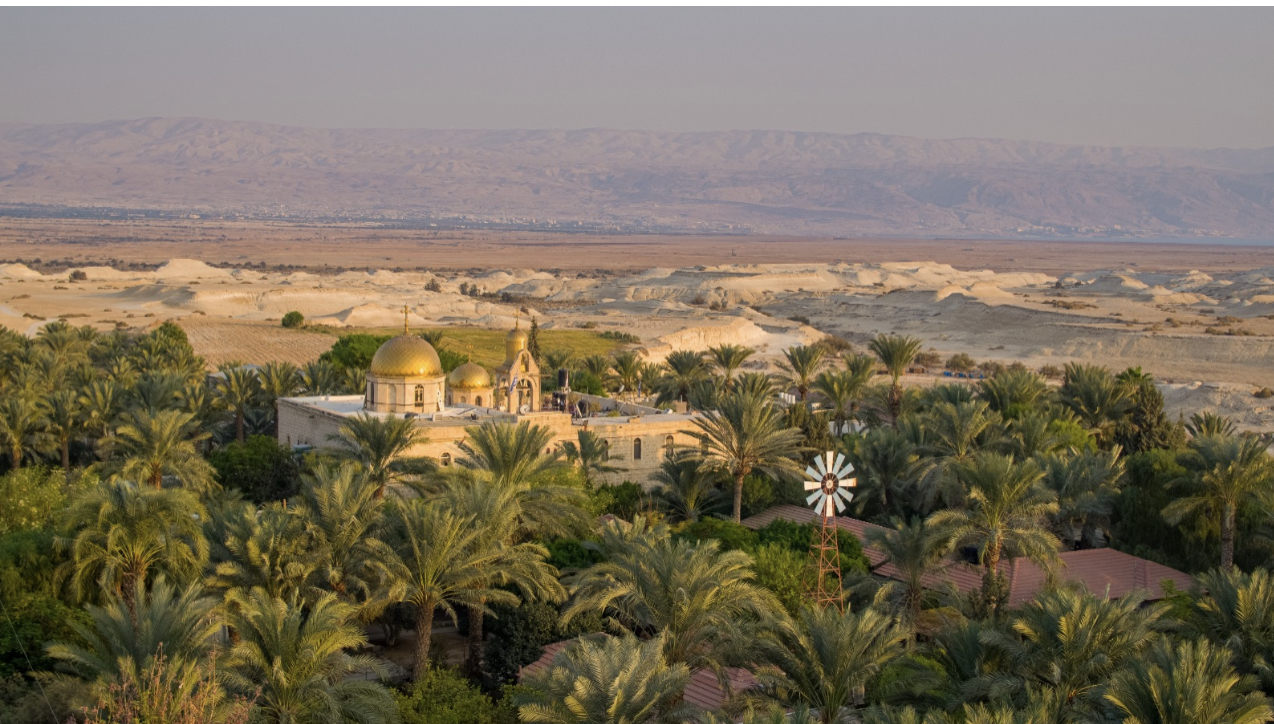 “A land of wheat, and barley, and vines; of fig trees and pomegranates; a land of olive oil and honey.” (Deuteronomy 8:8)

If you can’t see them on the list above, that’s because they are not listed in their own right but the honey mentioned is believed by biblical scholars to be date honey.

Palm trees and dates are prominent within the biblical and religious culture and provide an excellent storyline for filming in Israel. However, more recently there has been a date-related story to trump all others! In 2005 an amazing feat took place which astounded the world of science and paleoethnobotany (a specialism of archaeology that studies how people in the past used plants) and which would make an exciting documentary.

Seeds from an extinct date palm, preserved for 2,000 years and discovered at the site of King Herod’s palace in Masada, were successfully sprouted, re-introducing the ancient, long-extinct Judean Palm into modern times.

Dates are one of the original seven biblical fruits

So, let’s find out what makes dates a fascinating documentary topic for productions in Israel and why they have many qualities that would interest a wide range of viewers across the world.

These tall evergreens can grow up to 30 meters tall, with large, fronded leaves which can span 4-5 meters and are tipped with sharp points. The trunk is covered by leaf scars which form spiral patterns up the trunk. In the spring, their large branches contain a multitude of small blossoms. The date tree was named ‘Tamar’ in biblical times and was commonly used as a girl’s name and is cited in the bible. It is still popular in Israel today.

Uses of the Date Palm

Dates are harvested in the dying days of the summer. The date palm is extremely economical, with every part of the tree having its own use.

The date palm is used in Jewish, Islamic and Christian rituals. Fronds are used on Palm Sunday to commemorate Jesus’ entry to Jerusalem. They are also used for the Jewish festival of Succot, as part of the four species bound together within the ‘lulav’ that is shaken during Succot morning prayers.

The Biblical Date Palm is Reborn

In biblical times, the Judean date palm was prevalent in the Judean Desert, the Dead Sea, Jericho and the Sea of Galilee. Jericho was actually known as the ‘city of palms’. Although there are many date palms all over Israel today, these do not originate from the biblical date palm, which became extinct around 500 CE. Modern varieties were all imported in the 1950s.

In 1973, archaeological excavations of King Herod’s palace on Masada unearthed some dry date pits. These were contained in an ancient jar, in very dry conditions and had been sheltered from the elements for two centuries. Once inspected and cataloged, they were held in storage for over thirty years at Bar Ilan University.

In 2004 the seeds came to the attention of Dr. Elaine Solowey, a specialist in rare and medicinal plants at the Arava Institute for Environmental Studies at the Natural Medicine Research Centre at Kibbutz Ketura. Initial tests using carbon dating verified that the seeds were 2,000 years old.

Dr. Solowey had the original and daring idea to attempt to germinate these ancient seeds. She was aware that the biblical date palm had many qualities, not least of all for medicinal purposes. She soaked the seeds in hot water to enable them to be able to absorb liquid once again. They were then soaked in a nutritional liquid and finally with fertilizer made from seaweed.

Once the preparations were complete, she settled upon the auspicious date of the 15th of the Jewish month of Shvat (25 January 2005) to plant the seeds. This coincided with the Jewish festival of Tu Bishvat, known as the Jewish new year of trees. Six weeks later, to her amazement, one of the seeds sprouted.

The seedling appears to be developing normally and at 40 months measured 1.2 meters tall and had six leaves. Date palms are either male or female but, as yet, researchers cannot determine the gender of their very special sapling. All are hoping for a female, which has the capacity to bear fruit and would mean that the first yield from a Judean date palm in two centuries could take place in 2010.

This incredible experiment is the oldest known, human-assisted germination of a seed. The plant has been named, ‘Methuselah’, after the longest-living character in the bible. If the plant continues to thrive it will be the only living representative of the Judean date palm, which has been extinct for over 1,800 years.

Scientific tests carried out on the plant show that it most closely resembles the DNA of the Hayany (Old Egyptian) variety of date palm, perhaps sharing a common ancestor.
Dr. Sallon, Head of the Project, is keen to find out if the Judean date palm has any unique medicinal properties no longer found in modern varieties. She says, “The Judean date was used for all kinds of things from fertility to aphrodisiacs, against infections, against tumors. This is all part of the folk story.”

The re-introduction of an ancient date palm in the second Millenium, along with all that this will be able to tell us in terms of the taste and qualities of the biblical fruit, is an exciting tale that would captivate viewers. The story is still unraveling and would make an interesting documentary, taking in the breathtaking scenery around Masada, as well as using experts to explain the biblical and scientific significance.

Dramatic shots of morning prayers at the Western Wall during Succot would also demonstrate how palm branches were traditionally used within the ‘luluv’ cluster.

Relating the importance placed upon ancient date palms would also make an interesting subplot, educating viewers about the range of uses in biblical times, as well as the tremendous worth this hardy plant had, and still has, in desert settings.

Biblical Productions are experts at making films in Israel. We have contacts with a range of knowledgeable experts who can add interest and credibility to any film. Our location scouting expertise can also ensure you get the most dramatic shots of relevant settings and really turn this story into a film.