Filming The Madaba Map and Jerusalem 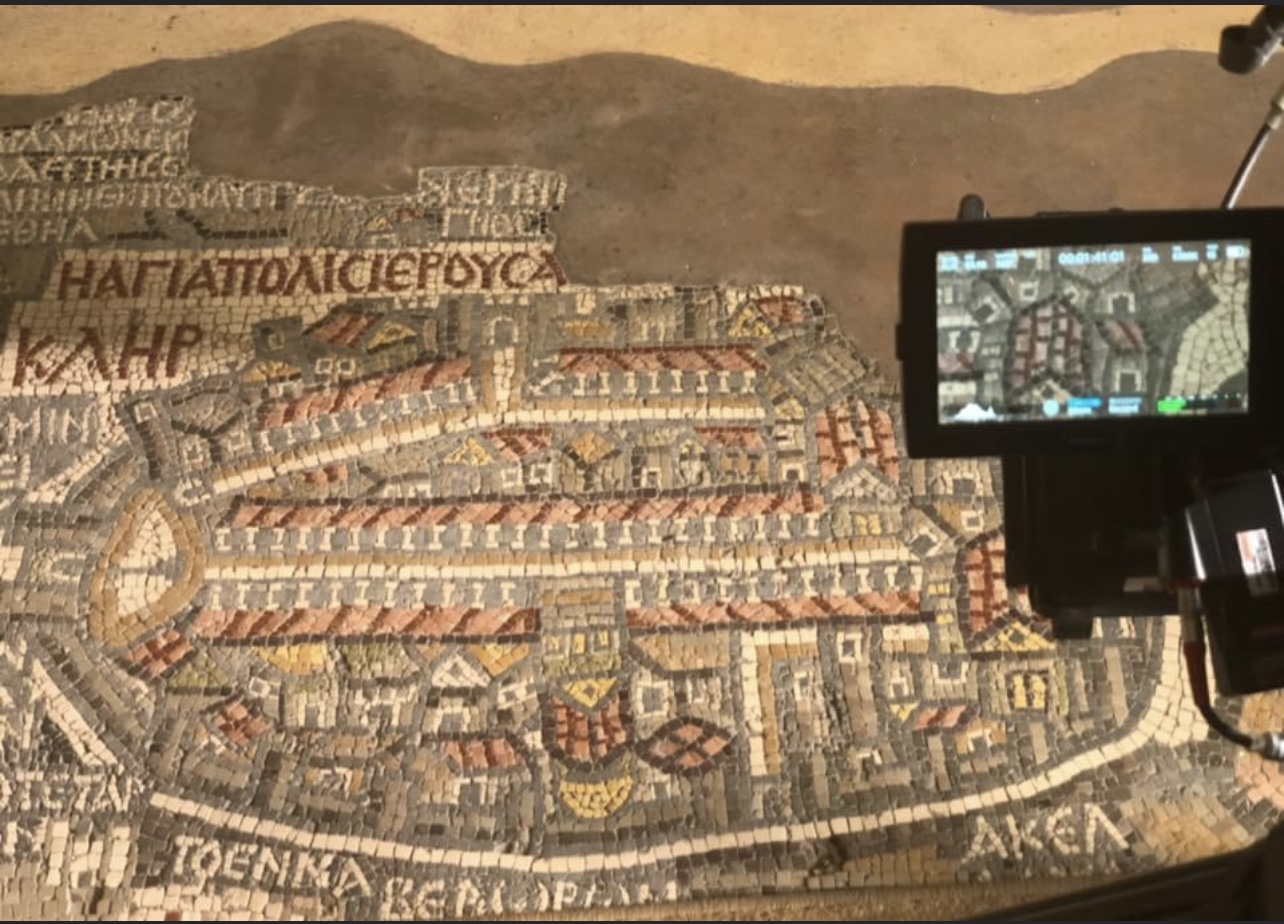 An intricate mosaic is on display inside the ancient Cardo in Jerusalem’s Old City.

This mosaic, called the Madaba Map, depicts Jerusalem during the Byzantine period, its design dating back to approximately the middle of the sixth century AD. What visitors can observe in the cardo today is a replica of a much larger map that was discovered in the late 19th century in the Jordanian town of Madaba.

The map was uncovered during renovations of St. George’s Church, built on the remains of a Byzantine church, in Madaba Jordan. At first, the mosaic went unnoticed and some claim that portions were destroyed, but with time its significance was understood. The map depicts an area, referred to as “biblical lands,” during the Byzantine era. Interestingly, the most central and emphasized area of the map is Jerusalem. The map is unique because it constitutes the oldest pictorial depiction of Jerusalem and the surrounding lands.

The Madaba map’s depiction of Jerusalem includes the central locales in the city during the Byzantine era. The Church of the Holy Sepulcher has depicted as well as the city’s six gates (the seventh gate was added in 1890). And situated prominently in the center of the image is the Cardo Maximus, further proving that it was the central thoroughfare of Jerusalem during the Byzantine era. The image also depicts a second, less prominent Cardo.

The original map of St. George’s Church includes 2 million pieces of colored stone and Greek writing describing certain places and is a wonderful tool for historians and archeologists. Today, Madaba is known as the “city of mosaics” because many more mosaics were discovered in the town, but the Madaba map stands out amongst the mosaics. The map is particularly important to the study of Jerusalem, as it indicates its geography during the Byzantine era. Additionally, the centrality of Jerusalem in the overall mosaic exemplifies the city’s importance throughout history.