Filming in the Dome of the Rock 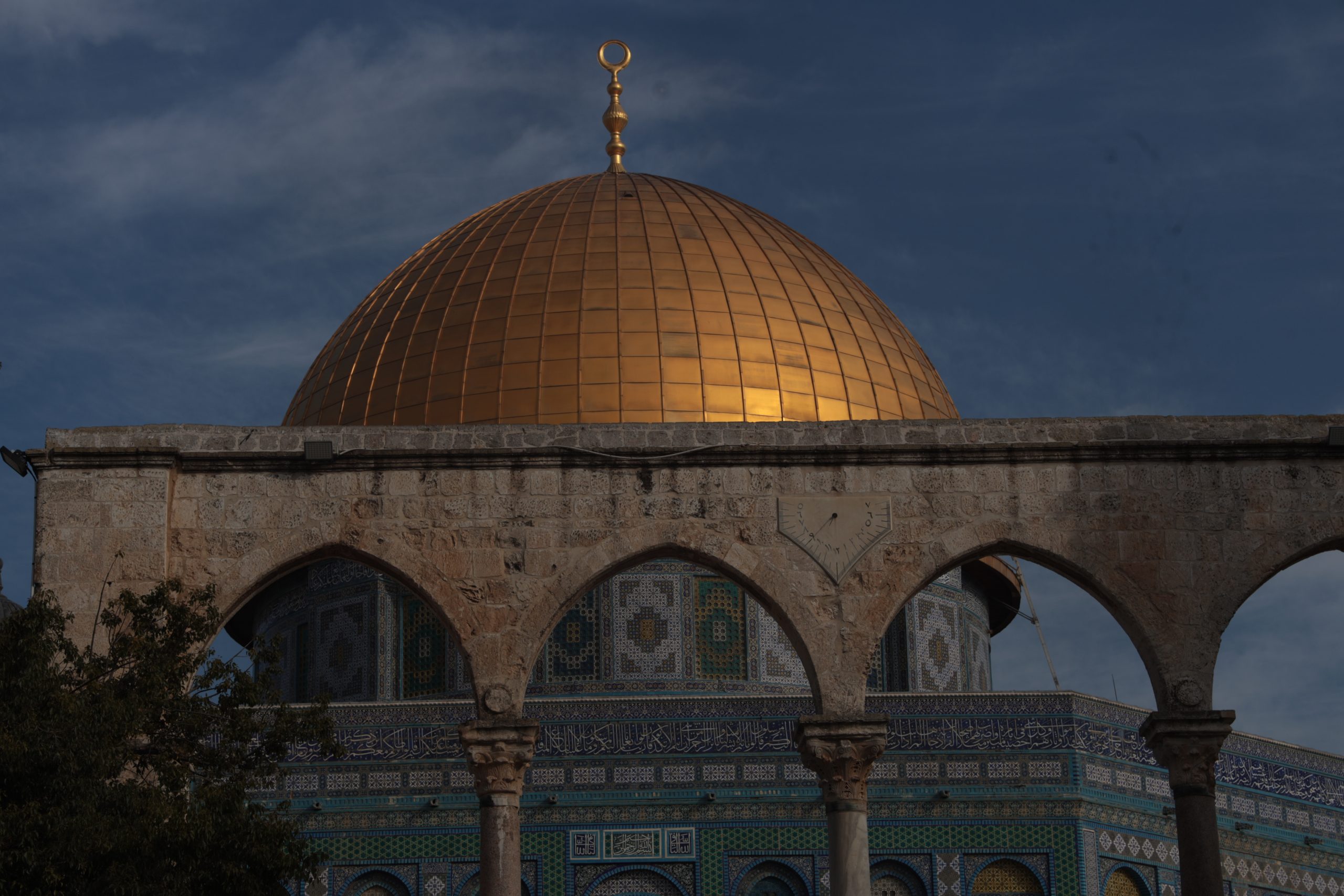 The Dome of the Rock is the third holiest site for Muslims because it is considered where Muhammad ascended to heaven.

Inside the mosque, you will find the wooden latticework that covers the rock, believed to be the place where Muhammad ascended to heaven, and in Jewish tradition is thought to be the site where Abraham bound Isaac and where the “holiest of the holies” of the two temples stood.

Next to the Dome of the Rock on the Temple Mount is the Al-Aqsa Mosque. These mosques were constructed in the late seventh century and the early eighth century. In the Al-Aqsa Mosque, you can find a collage of religious artwork and designs that were added and changed over time, including marble Italian columns- a gift from Mussolini, and floral mosaics from the eleventh century. Prayers take place five times a day and filming the prayers and the surroundings can be fascinating footage for the cinematographer interested in Moslem tradition.