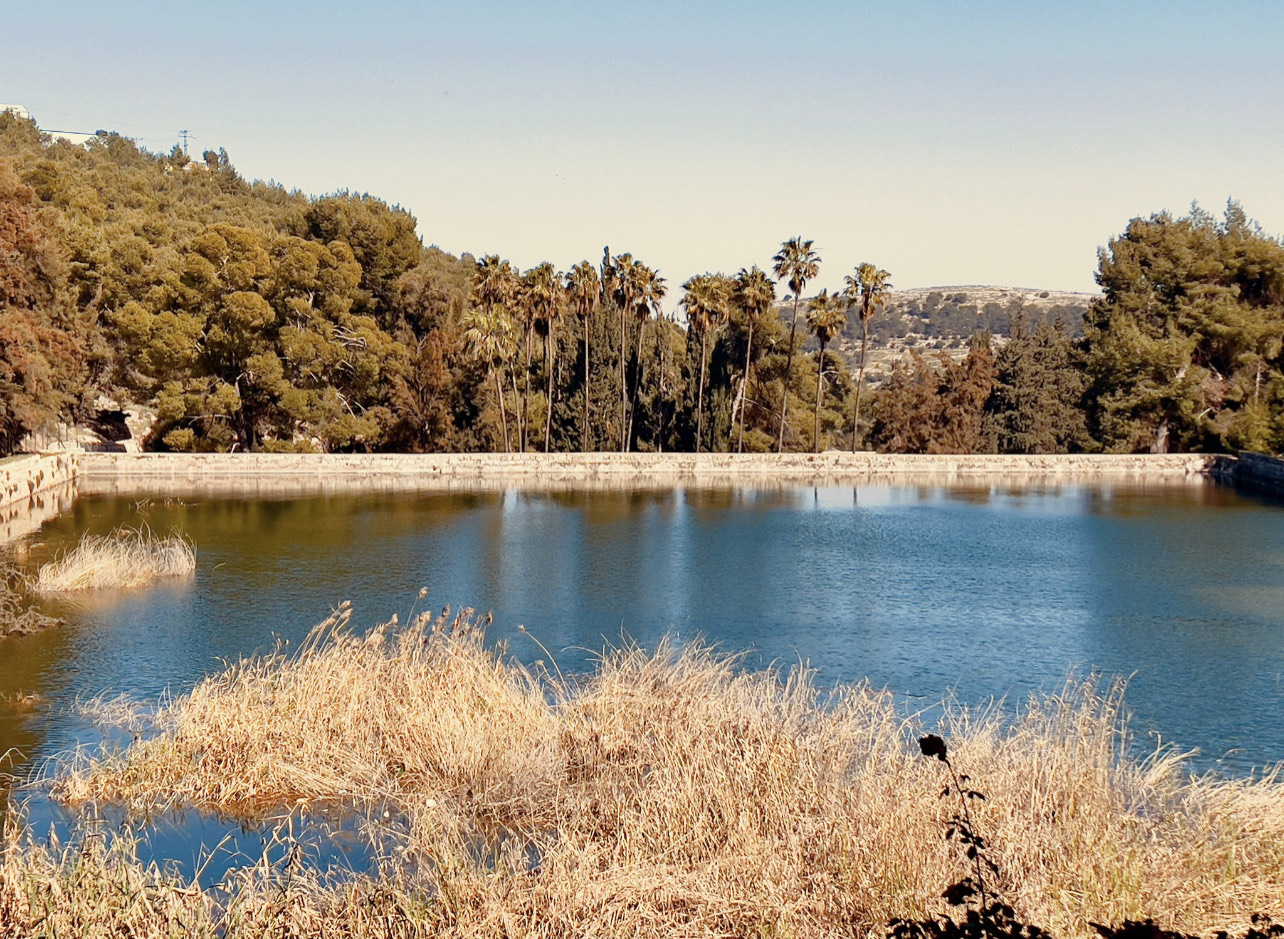 The History of Solomon Pools

Tucked away near the Arab town of al-Khader, about 20 minutes from Jerusalem, is a little-known treasure that would make an excellent film location next to Bethlehem. The Pools bear King Solomon’s name there are two opinions as to their origin.

The first concludes that they are actually Roman structures, built under the industrious Herod. They were a source of water for the aqueduct that linked Jerusalem and Bethlehem and would have carried much-needed water to locations along this route, culminating at their final destination, Temple Mount. They also supplied Herod’s palace at Herodion.

The Pools are made up of three separate, large cisterns, each constructed in steps and built at a different level – each one six meters above the preceding pool. The length of the pools averages 400 by 220 feet in breadth, with each being around 20 to 30 inches in depth. The pools draw water from an underground spring known as “the sealed fountain”. Their innovative design meant that they were able to transport water to Jerusalem by the sheer force of gravity. Together they held around 10 million liters of water. This basic but inventive water system was apparently in use as recently as 1946, albeit using newer, terra-cotta piping.

The location of the pools is peaceful and serene. They are surrounded by cypress trees. The fortress and the pools are set in a beautiful grove of pine and cypress trees. Close by the pools are the remains of Qul’at al Burak (‘Fortress of the Pools’) which is sometimes also referred to as Qul’at Murad. This fortress belonged to the Turkish sultan Murad and was built in the 17th century to protect the water source.

Biblical Productions recommend this concealed location, which is completely off the tourist trail and yet holds much fascination. Say Sharon Schaveet, Biblical Production producer and owner, “I was there on location scouting; the pools are huge and it’s a very peaceful area. I can see a film crew capturing great footage here. It’s not a popular location and that’s what makes it so special.”

Solomon pools are a hidden, largely unknown location and demonstrate how Biblical Productions’ local knowledge can help foreign crews to identify unusual and spectacular filming locations next to Bethlehem. The pools are not readily accessible and crews need a key to gain entry, which Biblical Productions can organize for you. Solomon Pools are a stunning sight, and illustrate the industriousness of ancient civilizations, highlighting their tremendous construction skills and ability to counteract the natural water shortage in this area.