The History of Jerusalem timeline 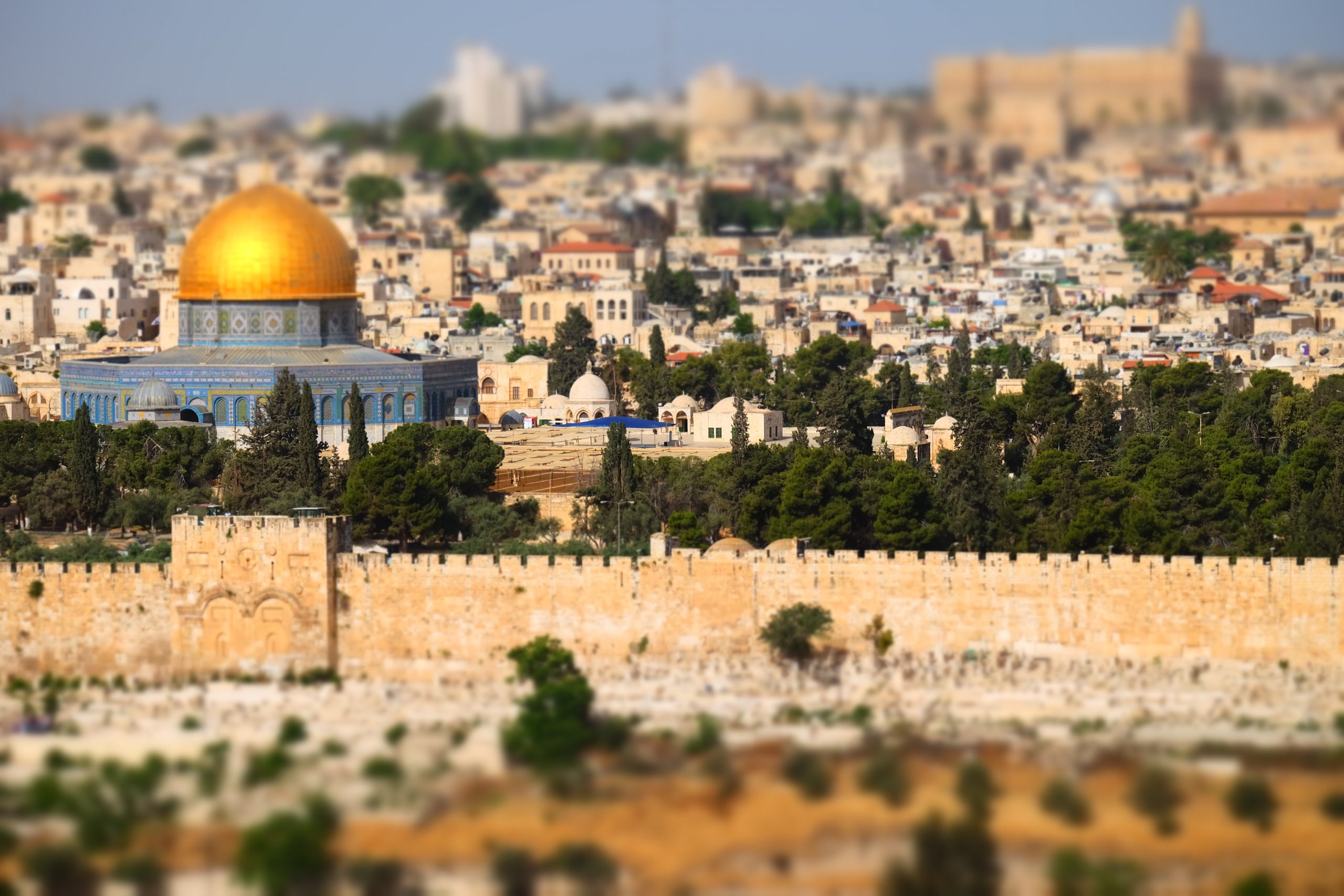 Diplomatic correspondence refers to Jerusalem as Urusalim in the Amarna Letters

837-800
Tunnels conduit from water from the Gihon Spring to the Siloam pool during the reign of Hezekiah, the King of Judah

721
The Northern Kingdom of Israel is conquered by the Assyrians and 10 of the 12 tribes are carried into captivity and eventually dispersal.

701
Sennacherib’s assault on Jerusalem is successfully withstood by Hezekiah

598-587
The second invasion by Nebuchadnezzar

597
Jerusalem is captured by the Babylonians

588-586
The third invasion by Nebuchadnezzar

586
Nebuchadnezzar’s destruction of Jerusalem and its Temple and the exile of its people to Babylon (Lam 1.4 / 2.2)

537
As a result of King Cyrus’s edict, the remnant of the 50,000 Jews who were exiled to Babylon are returned to Israel

520
Work begins on rebuilding the Temple

515
Completion and rededication of the Second Temple under Zerubbabel (Ezra 6.15-18)

445
Upon Nehemiah’s return from Babylon, Artaxerxes, appoints him governor of Judea and city walls are rebuilt

397
Religious reforms are initiated by Ezra, the Scribe

332
Darius is defeated at Gaugamela by Alexander the Great and Palestine is conquered from the Persians (Daniel 11.3); Jerusalem is captured and the Hellenization of the Holy City commences

323
Alexander dies in Babylon and the Wars of Succession start

320
Jerusalem is captured by Ptolemy I

169
Judaism is outlawed by the Seleucid king, Antiochus IV Epiphanes (175-163) and on December 25th, the Temple is profaned

166
The Maccabean revolt is begun by the priest Mattathias

164
Jerusalem is recaptured by Judah the Maccabee; the Temple is restored

150
the Essene community is established

63
Jerusalem is captured for Rome by General Pompey

40
Herod King of Judea is Rome appointed by Rome

37
Jerusalem is captured by King Herod the Great

19
Stones for the rebuilding of the Temple are prepared

18
The actual rebuilding of the Temple is begun by Herod

10
The Temple is completed in AD 63 but about 5/4 there is a dedication ceremony; this also marks the approximate year of the births of John the Baptist, and Jesus of Nazareth

04
The death of Herod the Great

66-73
The War of the Jews, the Great Revolt against the Romans

135
Emperor Hadrian’s total destruction of Jerusalem is totally destroyed by Emperor Hadrian; new walls are built, Aelia Capitolina is the name of the new city, Jews are not allowed to enter the former Jerusalem

326
Jerusalem is visited by Queen Helena, the mother of Emperor Constantine the Great, and selects the sites where the events associated with the last days of Jesus took place; to commemorate these events churches were built, Queen Helena is especially responsible for the construction of the Church of the Holy Sepulchre, in AD 335.

438
Jews are permitted by Empress Eudocia to live in Jerusalem

629
Jerusalem is recaptured by Byzantines

638
After Mohammed’s death six years earlier, the Caliph Omar enters Jerusalem and Jews are readmitted to the Holy City

691
Caliph Abd al-Malik completes the Dome of the Rock

701
Caliph al-Walid completes the construction of the al-Aqsa mosque; the destruction of synagogues and churches is ordered by Caliph al-Hakim by
1010

1099
Jerusalem is captured by the Crusaders, led by Godfrey de Bouillon, following the call by Pope Urban in 1096; Baldwin I is d King of Jerusalem

1187
Jerusalem from Crusaders by Kurdish general Saladin who then allows Jews and Muslims to return and settle in the city.

Although Richard the Lion-Hearted tries to re-capture Jerusalem, he does not succeed; A treaty with Saladin allows Christians to worship at their holy sites.

1244
Ayyubids are defeated by Mameluk Sultans and reign over Jerusalem

1260
Jerusalem is captured by Egyptian Mameluks

1275
On his way to China Marco Polo visits Jerusalem

1348
Jerusalem is hit by the Black Death Plague

1517
A peaceful takeover of Jerusalem is accomplished by Ottomans

1838
Jerusalem experiences the opening of its first consulate (British)

1918
The foundation stone of Hebrew University on Mount Scopus is laid by Dr. Chaim Weizmann

1920
The appointment of Sir Herbert Samuel as the first British High Commissioner; the establishment of the “Government House” in Jerusalem.

1925
The inauguration of the Hebrew University buildings

1947
A United Nations Resolution recommends the partition of Israel.

April 1949
The signing of the Israel-Trans-Jordan Armistice Agreement divides Jerusalem between the two countries.

13 Dec. 1949
The declaration of Jerusalem as the Capital of the State of Israel

1965
The election of Teddy Kollek as Mayor of Jerusalem

7 June 1967
The Old City is captured by Israeli troops and after 2000 years, Jerusalem is reunited