Filming Herod the Great in Israel 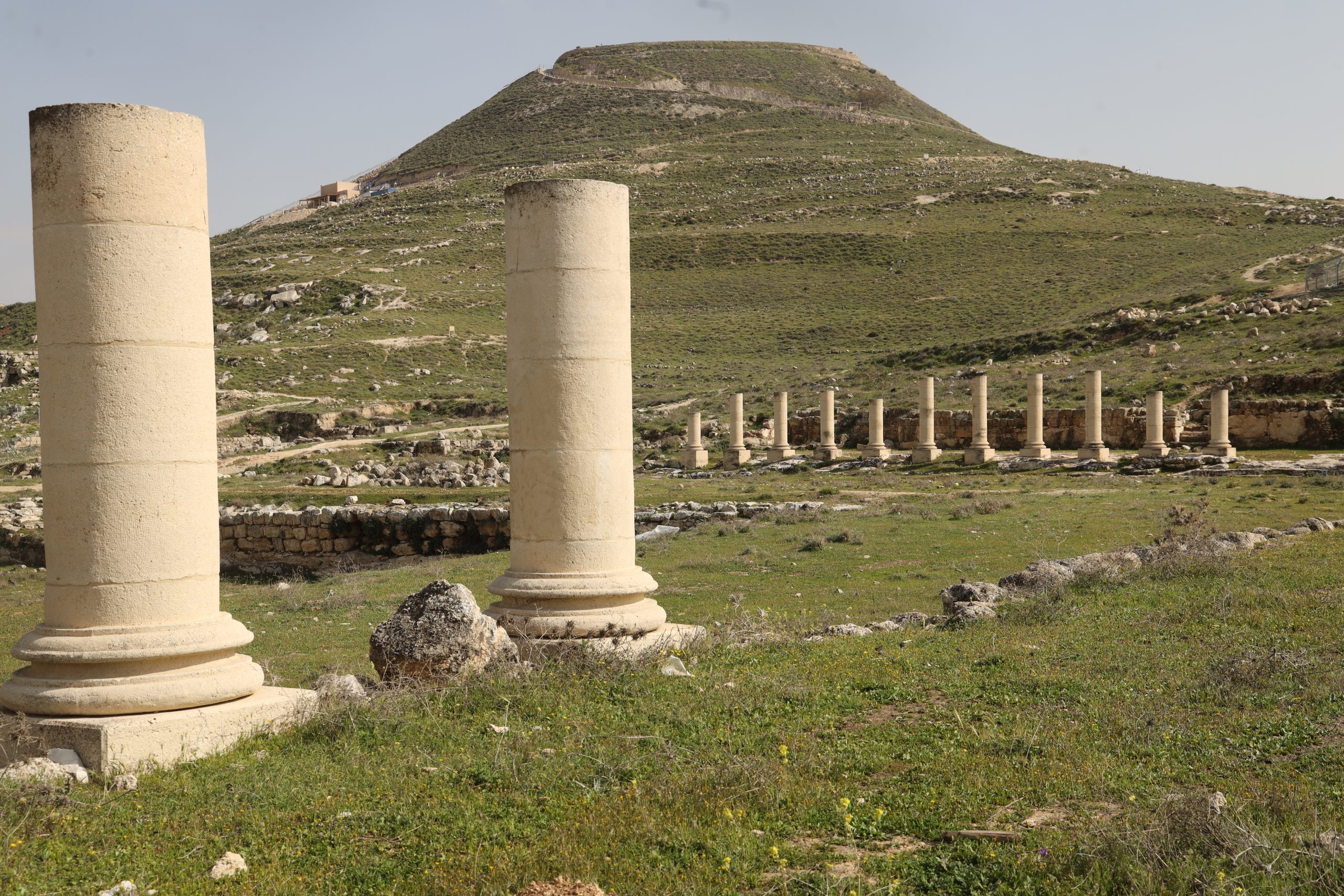 The Monster and the Myth

Herod’s story took place in the turbulent era just before the birth of Jesus. For centuries, Judea has been under the domain of the Egyptians, and the Greeks. A hundred years or so before Herod, Jewish patriots had driven out the Greek kings and established the Jewish Hasmonean dynasty, but to little avail. In 66 BC, Pompey and his legions sweep into Judea, placing the Jewish kingdom under Roman rule. Civil war is never far from the surface in a land riddled with strife.

Herod is born in Ashkelon, on the border of the Negev desert. He starts out as a soldier, repressing rebellions in northern Galilee. After putting bandits to death, he is accused of subversion by his enemies and put on trial in Jerusalem before the Jewish Court – the Sanhedrin, however, Herod escapes to Rome where he forms strong alliances with Anthony and Cleopatra.

With the moral and military backing of Rome, Herod returns to Judea and lays siege to Jerusalem. After the fall of Jerusalem, Herod becomes the undisputed King of the Jews in 37 BC. With the help of Rome, Herod expands his kingdom until it reaches Syria. Herod even promised the Nabatean Kingdom and Petra on his southeast borders. Monuments bedeck the land. New cities are erected, and the Jerusalem Temple is rebuilt in 19 BC, with more than 160 Corinthian columns, a palace and courtyards of breath-taking beauty. Herod’s dramatic and imposing Masada fortress, with its accompanying winter palace, still perches in Olympian splendor over the stark wilderness of the Judean desert. Seen from the air, its magnificence still startles one.

Though it is Herod’s building program that sets him apart as one of the great creators of history, it is probably his dark propensity for family murder and assassination which fascinates us the most. As Herod kills his family one by one, from his beloved wife to his mother-in-law and sons, a climate of horror pervades the palace. Herod’s hatred reaches its peak in the slaughter of the innocents when Herod ordered the murder of all male children in Bethlehem under the age of two because of his fear of the coming of the new “King of the Jews.”

Herod died in 4 BC, but his cruelty seemed bred into the genes. His successor, Herod Antipater, rejected Jesus and summarily handed him over to Pontius Pilate, while Salome dancing for Herod and demanding the head of John the Baptist is one of the most infamously celebrated scenes in biblical history.

Who has not heard of the massacre of the innocents?

This gruesome event has become the subject of paintings, medieval plays, stories and poems. Yet this killing was just one minor incident in the life of Herod – a man whose acts affected the history and future of the Jewish people, the birth of Christianity, and whose many monuments still bestride the Holy land. This man reminds us of the Borgias, and history has indeed celebrated him with operas, tragic love stories, epic poems, and major plays. Many of these intrigues and murders are presented in incredible detail by the historian Josephus and read like the fully scripted scenario for a Wes Craven horror film. But no one has ever made a film about Herod. This is incredible since all the elements exist to make such a film as a truly dramatic portrait of one of the most fascinating evil geniuses of the ancient world – a man whose story will intrigue not just Christians and Jews, but the world at large. Certainly well worth a film!